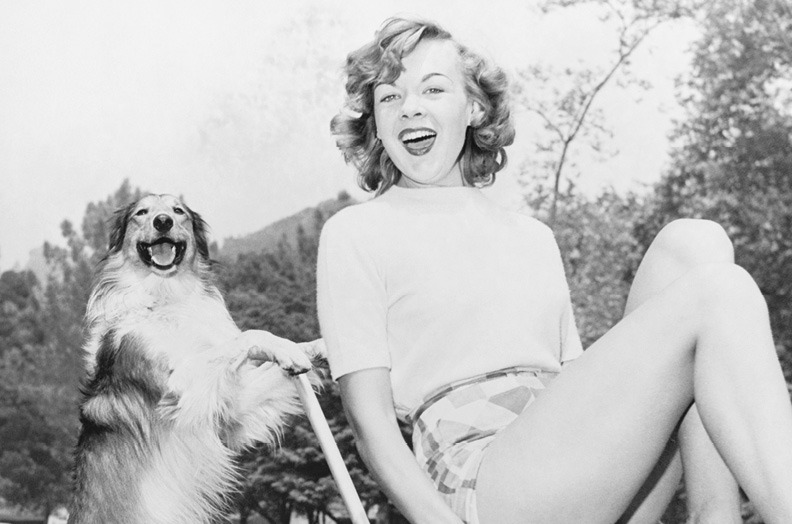 You might remember seeing laughter yoga featured on a news programme or travel show. It goes like this: a bunch of people leaping around laughing, all looking somewhat childish and possibly a little ‘hippy-dippy’. There is no mistaking their happiness as they laugh at themselves. So we laugh at them. In fact, suddenly everyone is happy. But what is really going on here? And what are people getting from this creative expression of yoga?

What is laughter yoga?

Laughter yoga first emerged in 1997 in India. A medical doctor, Dr Kataria, was writing a magazine article entitled ‘laughter is the best medicine’ and decided to try out his theory by setting up a laughter club in his local park. He started by gathering people together and encouraging them to tell each other jokes. It was an instant hit… until the jokes ran out. This prompted Dr Kataria to change the rules and ban all jokes. Now, instead of laughing at the intellectual process of a joke, he encouraged people to play and use childlike games and gestures to begin laughing.

Dr Kataria had identified that the brain/body cannot tell the difference between real and simulated laughter – and that laughter itself could be contagious. By eliminating the logical thought process of telling jokes, preferring instead to use the deeply social nature of laughter, he brought people back into their natural playful selves. Fast forward 20 years and laughter yoga is practised by thousands of people in more than 70 countries worldwide.

What happens at the sessions?

A trained laughter yoga leader will typically have designed a session to suit the people attending. It could be anything from a highly active session with lots of movement and physical activity to a seated session for people who are not very mobile, for example, residents at a care home.

Once the leader has warmed up the group using playfulness exercises, they will create a laughter meditation, where everyone laughs without the consciousness of playfulness. Often they will ask people to lie on the floor or laughter carpet, though sometimes the group will be seated in a circle with eyes closed. In this way each individual becomes at one with their own laughter, although participants report that often they no longer feel like they are alone, but a ‘part of many’.

Finally the laughter yoga wrap-up is a relaxing, guided meditation. Practitioners argue that meditating after such a strong release of adrenalin enables a far deeper feeling of meditative peace than would otherwise be achieved. Taken together, the benefits – releasing endorphins, reducing stress, increasing oxygen, reducing cortisol, connecting with others – of this relatively new practice reveal that it’s no longer a laughing matter.

What are the benefits?

It is essential to reduce stress in this frantic world. Laughter yoga brings this very natural action under your own control. It is no longer a modern-day commodity to
be bought and sold – instead, your leader explains how to bring laughter into your
everyday life. The act of laughing affects the body’s hormones, some of which operate by suppressing the stress hormone cortisol, which then helps to take you out of the grip of stress and to build improved stress resilience.

Taking a deep breath of clean fresh air is refreshing to body and soul. People are urged to ‘take a breath’ when they are stressed, deep breathing is recommended for sleep and relaxation and breathing is taught to relieve pain in childbirth. But in order to take a deep breath of fresh air the lungs first need to be emptied of air… and what better way than by taking a huge belly laugh? On average, only 25 per cent of lung capacity is used, laughter frees up the remaining 75 per cent, with gusto.

Laughter yoga gives a surge of endorphins, the ultimate happy hormones. But then it goes a step further – it boosts oxytocin (the ‘love or cuddle hormone’) as a real and deep connection is felt to the people laughing with us. Low dopamine levels can lead to lack of motivation, fatigue, mood swings and memory loss – so laughter yoga is a great way to boost dopamine (the reward hormone) as you try out something new.

The ultimate result of a laughter yoga session is a transformative mood change – and when you feel positive and upbeat, you are more able to deal with life’s challenges in a constructive manner. The results you get are then more likely to be positive and you create for yourself a virtuous circle.

For connecting with others

Quality of life depends on human connections. But for some social interaction is difficult. They might be shy, introverted, alone, bereaved, caring for someone, or with a disability that prevents them meeting others. Laughter yoga puts all this into the shade – it’s a directed social interaction, where no verbal sharing or conversation is expected. Often deep bonds are created during a laughter yoga session that progress to friendships, but there is no expectation of this, and that removes any social pressure.

How do I get into laughter yoga…

Would you like to try a laughter yoga session or become a leader? There are laughter yoga specialists across the country. For those wanting to train, you can attend an accredited two-day training programme that enables you to deliver your own sessions to help people connect. Visit laughteryoga.biz for details.