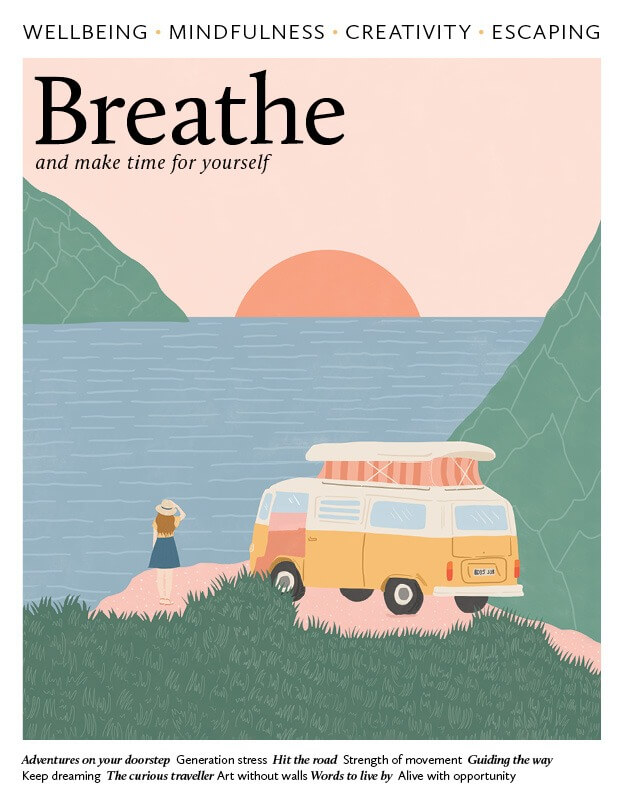 Think back to when you were a child… what were your dreams for the future? Did you have any idea of what you wanted to be, of people you hoped to emulate or countries you longed to visit? Back to the present… are you living your dreams?

For many people, the answer will be ‘no’, which, unadorned, might speak of failure and disappointment and aspirations that made way for the adult world of exams, jobs and responsibilities. Adorned, however, it speaks of a different person whose experiences – good and bad – have imbued them with values that are now perhaps as closely aligned with deep happiness as they might be the acquisition of material goods or career progression. Adorned, ‘no’ speaks of an ever-evolving set of dreams, hopes and passions.

These newly formed aspirations will be different for everyone. They might include writing a novel, setting up a business or campaigning for the benefit of the planet. The important thing is they reflect current rather than past desires (though there’s no reason to exclude any overlap – going to the Moon could still easily fit into both camps) and are couched in positive as opposed to negative statements.

There is, after all, a tendency for many people to be self-effacing and live by the latter: ‘I can’t do that’, ‘I’m useless’, ‘there’s no way I could be as good as him’. But such casual, self-doubting utterances can become self-fulfilling prophecies and help to ensure that the novel never gets written, the business is never launched, the campaign never sees the light of day, that dreams are never achieved.

Try to cast off misplaced humility, diffidence and reticence and be proud of your ability and achievements and, to tweak the words of American philosopher and poet Ralph Waldo Emerson: ‘Dare to live the [new] life you dream for yourself. Go forward and make your dreams come true.’

Zero Discrimination Day is one to raise awareness

Have you ever witnessed a series of events unfold

💤 It’s been reported that many in lockdown ha

Are you missing the museum? Craving some culture?