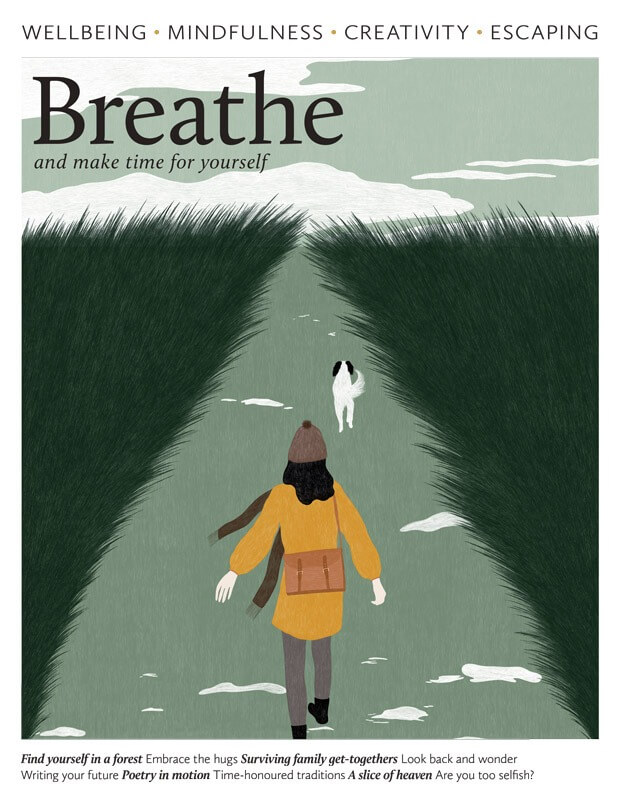 It’s good to talk, isn’t it? Well (mostly), yes. But, sometimes, no. And not always because it’s unwanted, but because no one’s listening – not in a way that’s attentive and mindful anyway. And not in a way that will help to ease worries, solve problems or uncover positive strategies to cope with life’s bolt-out-of-the-blue crises.

There’s an art to listening, to paying attention to a troubled friend’s concerns without anticipating what they’re going to say next or superimposing your experiences over theirs. Those who have it can often find themselves in demand right now as annual goals are assessed, relationships are picked over and most mortals realise they’ve fallen short of at least one of the ambitions they set themselves for this year while simultaneously beginning another long list for the next.

This is when a good listener might suggest you think about the many things you have achieved – not just this year, but throughout your life.

Think of kindnesses shown to family, friends and strangers; projects approached with both enthusiasm and anxiety (who cares if they’re still in progress or long since hidden at the back of a wardrobe?); and unexpected obstacles overcome with a mixture of resourcefulness and integrity.

It’s possible that self-doubt, fear or a desire for perceived perfection will hijack your reflection and impose criteria that are impossible to meet. Let’s return to those (possibly) incomplete projects and consider for a moment the soulfulness of Antoni Gaudí’s unfinished Sagrada Família in Barcelona or Leonardo da Vinci’s Adoration of the Magi in Florence. Both unfinished, but both more than worthy.

At times of reflection, it’s easy to overlook or underestimate one’s achievements – to regard them as too small to be of significance. At this point, a good listener – let’s just say it’s Breathe for now – would turn that around. They’d suggest that every kindness, every smile, every creation is a success and should be celebrated. And that (mostly), it is good to talk.

Breathe is the original magazine devoted to mindfulness, creativity, and wellbeing. #breathemagazine
👇Subscribe👇

🚲 What better time than World Bicycle Day to sw

Being able to relate to the feelings of others is

It’s difficult enough to make friends as an adul

😴 Recurring dreams can sometimes be distressing